Forests, lakes, and rivers, clouds and winds, stars and flowers, stupendous glaciers and crystal snowflakes – every form of animate or inanimate existence, leaves its impress upon the soul of man.” Orison Swett Marden 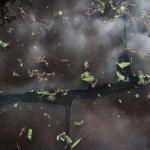 Tis the privilege of friendship to talk nonsense, and to have her nonsense respected.

Girl time in Estes! I’m still unclear as to why Estes Park is such a popular vacation destination. There’s not anything to do or eat there for a girl that can’t eat candy but still I had the loveliest of times there this past Saturday doing nothing in particular with my most beautiful lady bird, my spiritual sister and best friend. The air tasted of marshmallow, sweet and chewy in our mouths as we walked through town past countless taffy pullers, candy and ice cream shoppes. Rumor has it that its worth driving all the way to Estes for an ice cream cone at the little place on the corner and yet someone had the audacity to put a dairy queen/orange julius up there! That’s the thing about Estes, it tries really hard to be a destination, it really does, but it just doesn’t have it. The foods expensive but nothing special, you can’t find anything allergen free to save your life. I don’t know, maybe going to Steamboat my whole life has spoiled me into thinking all world renowned vacation spots are created equal and it simply isn’t the case. But still with a camera and a good friend by your side a day in Estes can still have a bit of magic sparkle, the marshmallow air really helps that too.

So there was this wicked mural across the back of a bunch of buildings all about the guy that made Estes Park into the town it is today. This nice local guy told me all about it including the fact that the artist commissioned to do the work finally finished it like seven years after she said when would, the town was outraged because she was paid in full and then never delivered. I thought that if it was really that big of a deal maybe they wouldn’t pile a whole bunch of junk in front of it but I am the minority. But that’s Estes for you, a good thought lacking a thorough delivery. 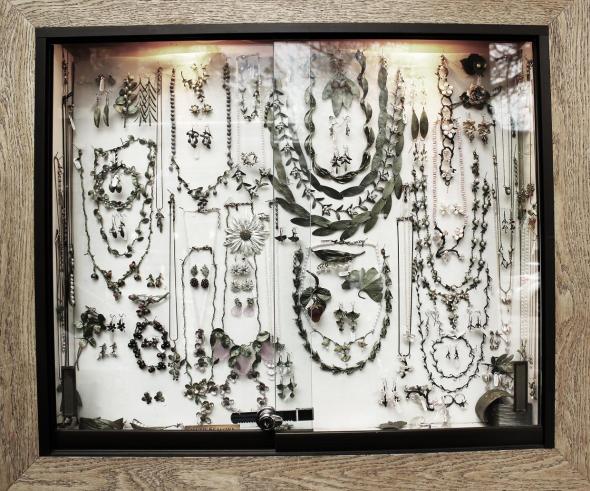 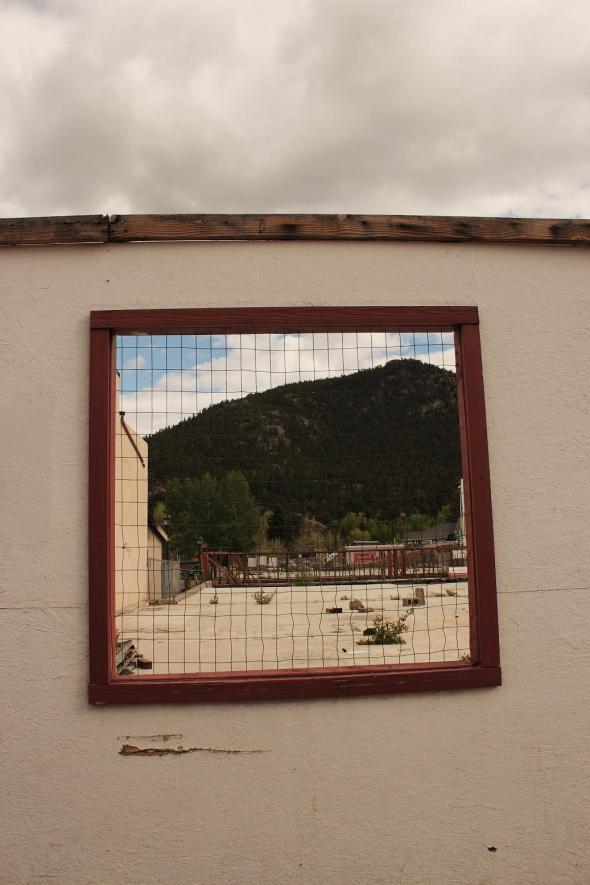 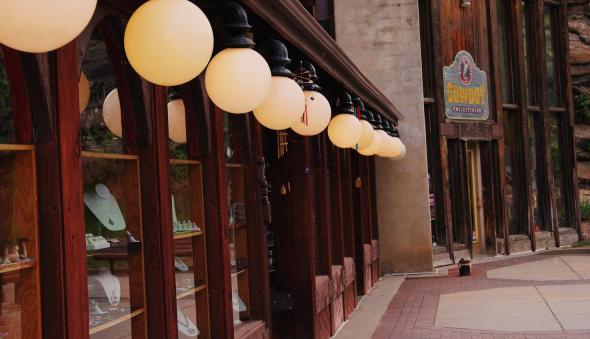 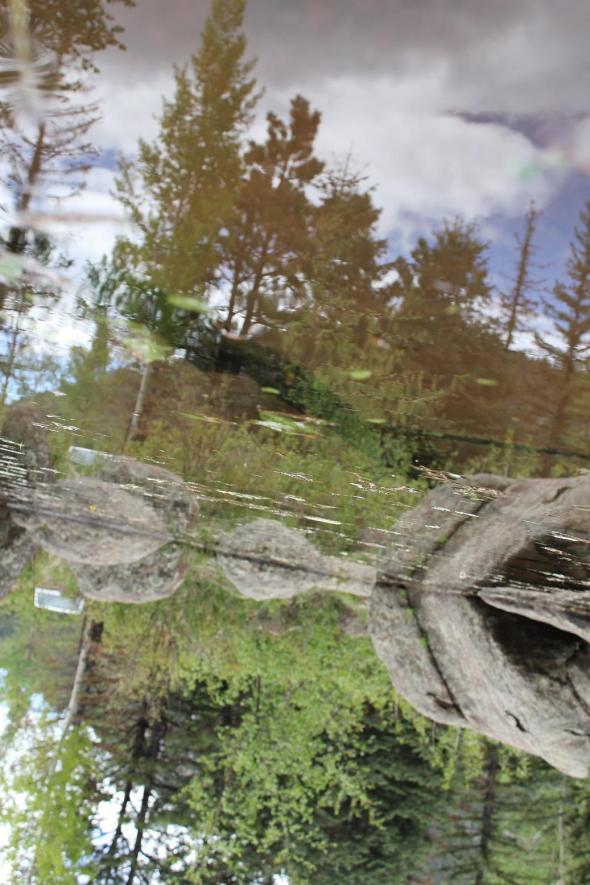 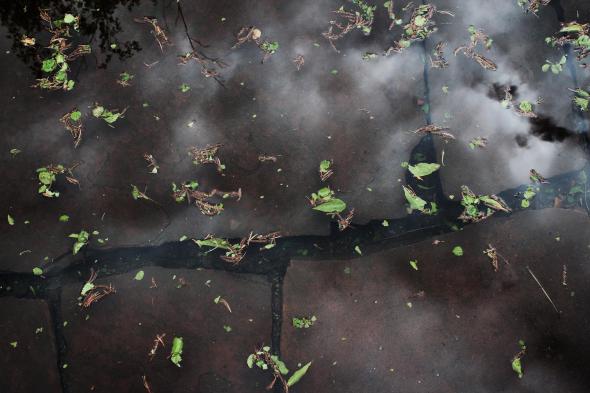 I am really proud of these elk, they didn’t gore anyone while I was there! Not a one, not even the guy that stood right in the front ones face taking pictures. Seriously people, these a huge, powerful, and very wild animals that you should under no circumstances approach, if you need a picture get a zoom lens. Treat them like you would a gator, a fuzzy and majestic gator that hangs out by the road munching on flowers and grasses but a gator none the less. Keep your distance and don’t get all up in their grill bro. 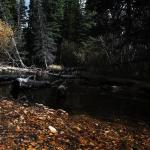 Walk away quietly in any direction and taste the freedom of the mountaineer. Camp out among the grasses and gentians of glacial meadows, in craggy garden nooks full of nature’s darlings. Climb the mountains and get their good tidings, Nature’s peace will flow into you as sunshine flows into trees. The winds will blow their own freshness into you and the storms their energy, while cares will drop off like autumn leaves. As age comes on, one source of enjoyment after another is closed, but nature’s sources never fail.

Okay, so I know that national parks are important, it be awesome if the whole world were a national park and everyone went in with the idea that they don’t own anything so if they want to camp there they had better keep it nice or bears will eat them. I know that there are cool things in national parks, like glaciers. What I have always failed to understand as a young person living in the Rocky Mountains is why I or anyone I know personally would go to Rocky Mountain National Park. You have to drive a long way AND you have to give them twenty whole dollars.You can see the same thing for free in like ten minutes here and to be completely honest I don’t know for sure exactly how it works. Like in the city if you go to a park once you get there you’re there, you park, you get out, you play a bit, you go home. If you stay there after dark the cops will think you’re up to  no good and you might hurt yourself jumping off the swings because you can’t see the ground. So what about national parks? You just keep driving and that is the fun or something? Can you just walk on it, like if there’s not a parking lot followed by a marked trail, are you just allowed to touch everything? What about when night comes, you just sleep there on the road or something? What if you want to go there at night, are there people in the little give-me-your-money booth thingy’s in the middle of the night? Are there park hours? See, it’s just really too confusing for the average careful person to figure out.

So, the other year around when I got my camera a groupon deal came out for a photography tour of Rocky Mountain National Park and I bought it. I was thinking it would be super cool and maybe I’d learn a lot from a real photographer and everything! But its one of those things where when you’re about to actually go do it you realize its not really that exciting and you’re not the type of person to remember things to ask or learn anything useful from other people. But it was nice and not overly exciting, just as a prefer all of my activities that I do alone because really, who likes to be really excited all by themselves? And since I know nothing about the park it was great to go with someone who does. My guide was the lovely Aaron Cathcart of Cathcart Photography, experienced and knowledgeable as well as personable. It was fun! You should do it.

A day or two before the tour a fire started so I took some pictures of the smoke. These are some shots from my whole time I spent in RMNP and nearby Estes Park, CO. 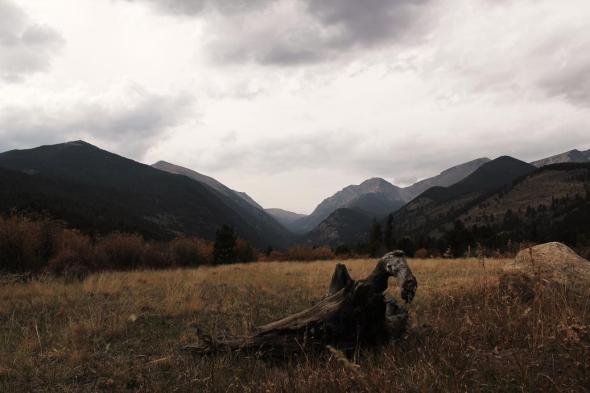 There is no water in oxygen, no water in hydrogen: it comes bubbling fresh from the imagination of the living God, rushing from under the great white throne of the glacier. The very thought of it makes one gasp with an elemental joy no metaphysician can analyse. The water itself, that dances, and sings, and slakes the wonderful thirst–symbol and picture of that draught for which the woman of Samaria made her prayer to Jesus–this lovely thing itself, whose very wetness is a delight to every inch of the human body in its embrace–this live thing which, if I might, I would have running through my room, yea, babbling along my table–this water is its own self its own truth, and is therein a truth of God.
― George MacDonald 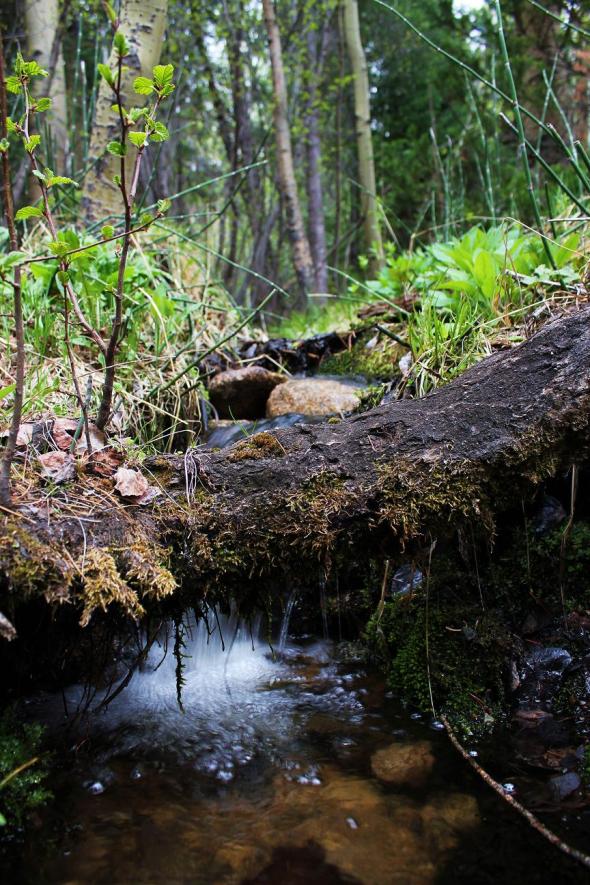 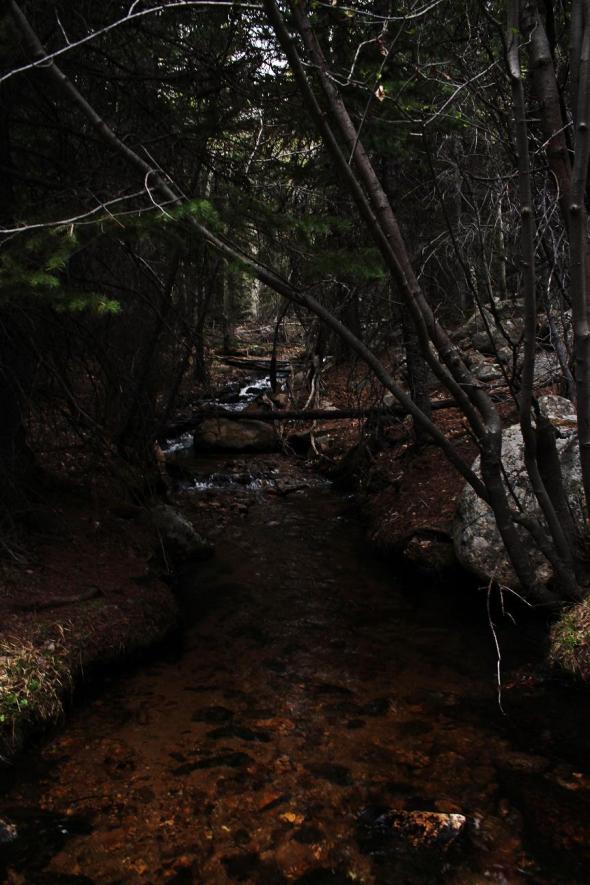 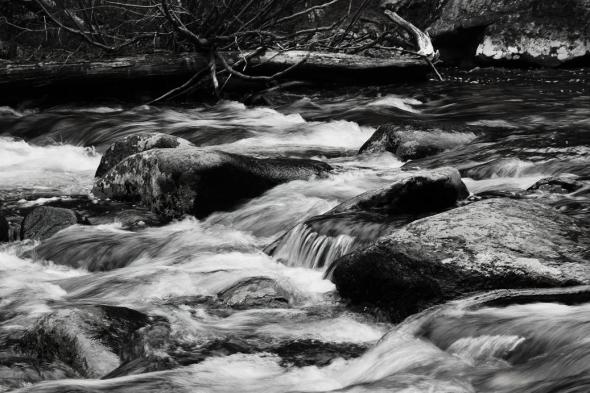 Moving in slightly closer and looking at building structure itself you see that the more than just the shape of the overall building is interesting. The entryways, hallways, and floors are all constructed with purpose and style.

The public library is right next to the museum of art. This entryway, filled with book drop offs and doorways, had the cool quietness you would except from a library. Peering down this column of marble and shade you are filled with a sense of silence solitude as though peering into a separate world through the pages of a book herein contained.

Across the street is yet another columned building, but, as you can see,  quite different from the other and a stark contrast to the ultra modern structures in its immediate vicinity. 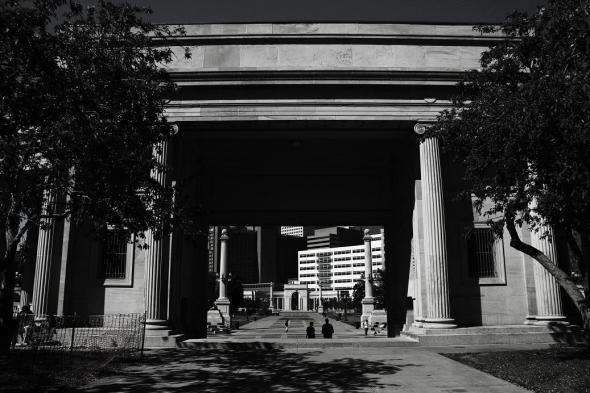 Moving in through the entry there are thick cut doorways in the cold marble where soft light beckons. Ascending small stone stairs you emerge in a Hellenistic world.

Through the ancient columns, down the heavy stone staircase, and across the silent, sprawling brick plane lies the Denver Tech Center. 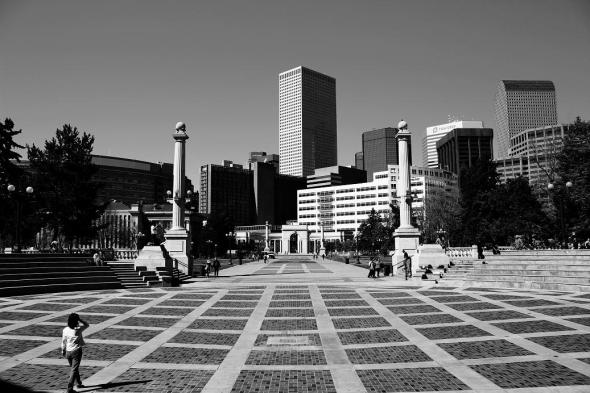 From old to new

Denver is a world of worlds.

I spent the weekend in Denver, Colorado. Usually we only go there to go to elitches or the natural history museum or drive through it on the way to bandamier speedway, we never really see or explore Denver. We always eat at fast food places and drive on ugly highways and hope no one breaks into our car, but this weekend we ate at fabulous restaurants and walked around under the amazing architecture and hoped no one would break into our car. It was great!

The fascinating thing about downtown Denver is the juxtaposition of old, classic, ornate buildings with the giant, shiny, and angular modern architecture. We went to the new(ish, since I’ve been there last) museum of art, which I believe was inspired by my favorite architect Frank Gehry. It turned out that the first Saturday of each month is a free day at the museum so we ended up only having to pay two dollars for parking, and that turned out good because I got impatient with the inside of the museum so we just left so I could walk around the outside. I really only wanted to see the building.

This series is of whole buildings surrounding the plaza around the museum. Later posts will include more detailed shots of the museum and park across the street. 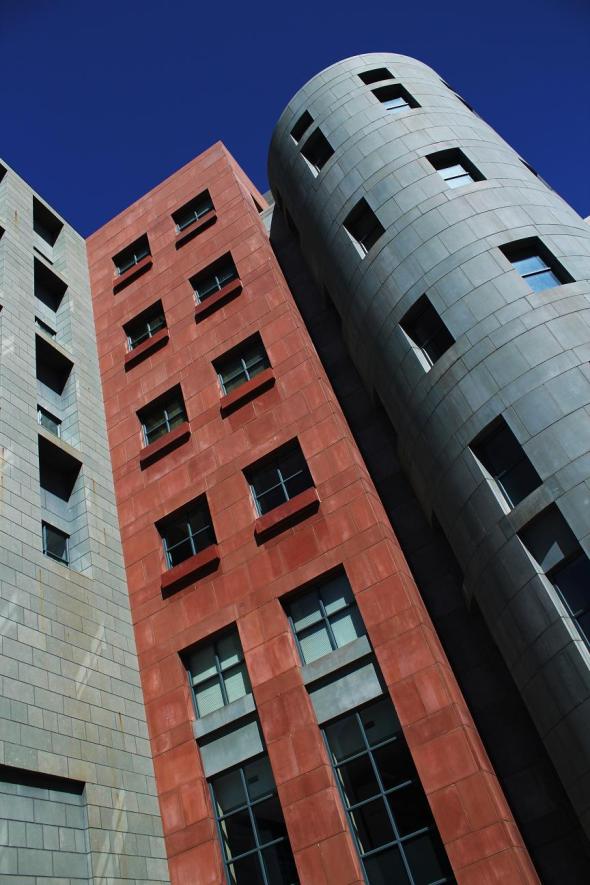