While enjoying a ridiculous amount of smoked trout at Vogafjós (literally “Creek Cowshed”; a restaurant on the eastern shore of Lake Myvatn that is actually inside a cowshed with the cows) I first heard the Icelandic phrase þetta réddast. More of a mentality or life philosophy than a saying, there are many different English language interpretations. I was told at the time that it was “We will get there.” Most people translate it as “Don’t worry. It will all work out okay.” It is a common phrase that is applied casually. Running late? þetta réddast. Not prepared? þetta réddast. And while it is best to keep a positive attitude and not worry about things that it is too late to fix I feel like this undersells the wisdom of the phrase to Americans who are driven by success and define success as hard work + precision. It comes across like ((*oh horror*)) they’re not even trying!

That is why I liked the way my guide, Gunnar, defined it- We will get there. Like, eventually, everything will work it’s way out. Because that is true and that is what people so often lose sight of. A life philosophy is not an excuse you keep using because you are chronically incapable, so that is not what is meant when they say this. A life philosophy is something that is applied to life. Not just your life, all life. As long as there has been life and as long as life continues. It is a very broad and very high. It is elevated thinking. It is “the big picture.” And while it is not just your life, it certainly includes and is reflected in your life. There is a point on the universal time scale where everything bad is brought to nothing (Christians call this “Armageddon”)  and only good can flourish (“judgement day”). It is not right now. We will get there. The problems of today are so short they hardly factor in but if you base your happiness on short term goals you will always be worrying. It is true that life is what you make it, but that does not mean that you are in control of your life, that it is something to fret over and fine tune. We can’t completely control everything. Time and circumstances have an ever changing tide. Happiness isn’t something we can get completely by our own effort- its not money, its not pleasures, its not a job well done. Happiness is having hope.

The knowledge that everything will work out brings a small measure of freedom. Freedom to make mistakes. Freedom to be too generous. Freedom to love people just because they need it. Freedom to live consciously in every moment instead of thinking about the things you have to get done. Freedom to be optimistic. Freedom to have a great time even if times aren’t so great. Freedom to see beyond your suffering.

When you can see the whole picture you have a clear view. Don’t cloud your life with the worry that comes from uncertainty. Seek truth. þetta réddast.

Aerial view of interior Iceland via flight from Reykjavik to Akureyri 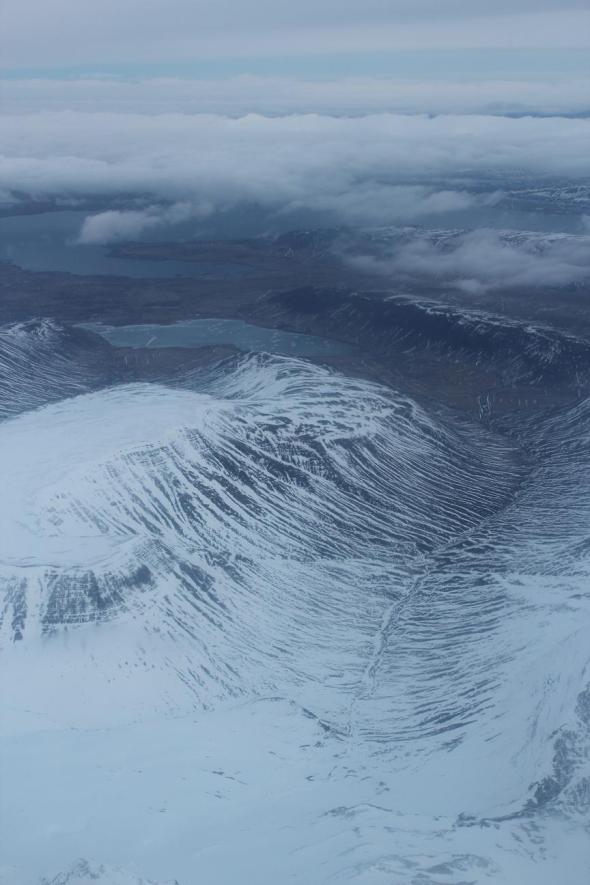 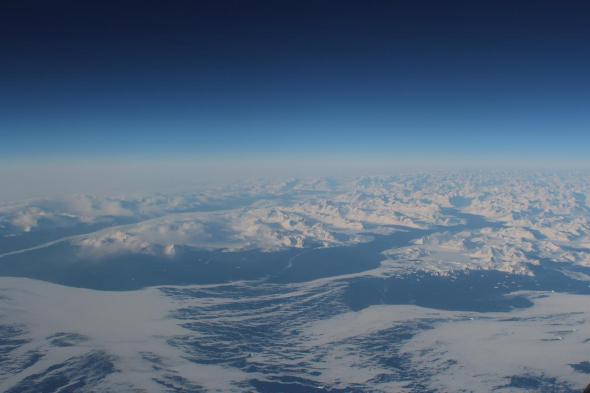